What is B.J. Penn's Net Worth?

B.J. Penn is a professional mixed martial artist who has competed in the Ultimate Fighting Championship and K-1. B.J. Penn has a net worth of $4 million. He is the second of seven fighters in UFC history to win titles in multiple weight classes, and is widely considered to be one of the best fighters to ever compete in the sport. Additionally, Penn practices Brazilian Jiu-Jitsu, and became the first American to win the gold medal in the World Jiu-Jitsu Championship in 2000.

B.J. Penn was born as Jay Dee Penn III in 1978 in Kailua, Hawaii. His mother, Loraine, is of Hawaiian and Korean ancestry, while his father, Jay, is Irish-American. When he was 17, Penn was introduced to Brazilian Jiu-Jitsu by his neighbor Tom Callos, and subsequently started training in the sport. He moved to San Jose, California shortly after to train at the Ralph Gracie academy. There, he trained with his friend and roommate Dave Camarillo, and officially decided to pursue a career in martial arts.

In 1997, Penn started training under Brazilian martial artist Ralph Gracie, and eventually earned his purple belt. He then moved to the Nova União academy in Rio de Janeiro, Brazil, and went on to win silver and bronze medals at the World Jiu-Jitsu Championship. In 2000, he earned his black belt under Andre Pederneiras. Just a few weeks later, he won gold in the black-belt division at the World Jiu-Jitsu Championship, becoming the first non-Brazilian and first American to do so.

Frustrated by what he perceived as a lack of challenging fights in the UFC, Penn signed to the Japanese Fighting and Entertainment Group's K-1 promotion in 2004. Fighting as a welterweight, he beat Duane Ludwig by arm triangle choke at K-1 MMA Romanex. He then moved up to middleweight, defeating Rodrigo Gracie by decision. In March of 2005, Penn lost to Lyoto Machida. Later in the year, he won by unanimous decision against Renzo Gracie. 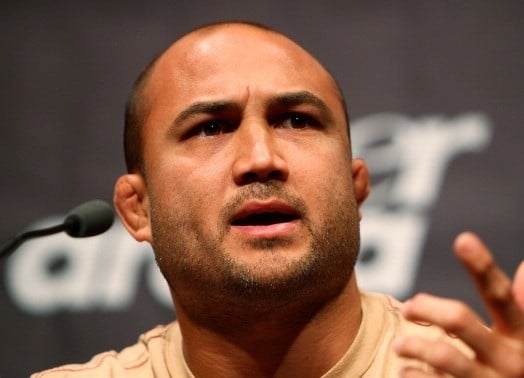 In 2006, Penn returned to the UFC as a welterweight contender. He subsequently re-debuted at UFC 58, where he lost to Georges St-Pierre by a controversial split decision. Greater success came in 2008, when Penn defeated Joe Stevenson by rear naked choke to win the Lightweight Championship; with the win, he became only the second man to win UFC titles in two different weight classes. In his first title defense bout at UFC 84, Penn emerged victorious over former champion Sean Sherk. Later, in early 2009, Penn went up against George St-Pierre for the latter's welterweight title; he ultimately lost in the stopped fight. Penn bounced back in August, successfully defending his lightweight title against Kenny Florian at UFC 101. In December, he defended his title once again by knocking out the previously undefeated Diego Sanchez at UFC 107.

Following his record three title defenses, Penn finally lost the title to Frankie Edgar at UFC 112. Controversy over the outcome resulted in a rematch, which Penn also lost. Penn subsequently returned to the welterweight division, knocking out Matt Hughes at UFC 123. However, after a major loss to Nick Diaz at UFC 137, Penn announced his plans to retire. He returned after several months away to face Rory MacDonald, who had repeatedly challenged Penn during his hiatus. In their bout, Penn lost by unanimous decision. Following further hiatuses, a coaching gig on the reality series "The Ultimate Fighter," and multiple fight delays due to injuries, Penn returned to the UFC in 2017 to face Yair Rodríguez at UFC Fight Night 103, which he lost via TKO. Penn's string of losses continued at UFC 232 in 2018 and UFC 237 in 2019.

Penn has run into legal trouble numerous times throughout his career, often due to violence caused by intoxication. In 2015, he was arrested in Kihei, Hawaii for fighting patrons in a brawl at a bar. Later, in 2019, Penn received a restraining order from his ex-girlfriend Shealen Uaiwa and their children, with Uaiwa accusing her former boyfriend of years of physical abuse. The same year, Penn was involved in yet another bar brawl, leading to his release from the UFC. In 2020, he was involved in an automobile accident in Hawaii while possibly under the influence. The following year, he was charged with DUI for another incident in Hawaii.

Since his debut in the UFC, Penn has become one of the most famous stars in mixed martial arts. He has headlined multiple main events, and is considered to be integral in reinvigorating the lightweight division. The UFC's first signature gym, located in Honolulu, Hawaii, is named in Penn's honor. 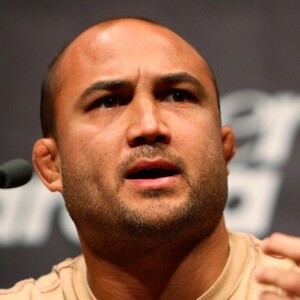