Ben Rothwell net worth: Ben Rothwell is an American mixed martial artist who has a net worth of $2 million. Ben Rothwell was born in Kenosha, Wisconsin in October 1981. He is a heavyweight who also competed in kickboxing and had a 2 – 0 record. Rothwell made his professional MMA debut with a win over Rob Shinkle in January 2001.

In September 2002 he won the USMMA Heavyweight Championship by defeating Jonathan Ivey at USMMA 2: Ring of Fury. Rothwell made his UFC debut at UFC 104 with a loss to Cain Velasquez in October 2009. In April 2012 he had the Knockout of the Night with a win over Brendan Schaub. Rothwell had the Performance of the Night with a win over Alistair Overeem in September 2014. He had another Performance of the Night by defeating Josh Barnett in January 2016 to bring his MMA record to 36 – 9 with 20 knockouts. Rothwell competed for the Quad Cities Silverbacks of the IFL and has also fought with Affliction, King of the Cage, and M-1 Global. As of February 2016 he was ranked #5 in the official UFC heavyweight rankings. 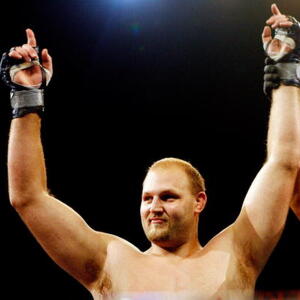