Ben Askren Net Worth: Ben Askren is an American MMA fighter and former amateur wrestler who has a net worth of $500 thousand. As of this writing, Ben Askren has won 19 of his 22 professional career matches.

Ben Askren was born on July 18, 1984 in Cedar Rapids, Iowa. He attended the University of Missouri where he was a two-time NCAA Division 1 national champion. During this non-professional period he won gold medals at the 2005 Pan American Championship, the 2008 US National Championship and the 2009 World Championship.

He made his debut as a professional MMA fighter in February 2009, defeating his opponent by TKO in the first round. 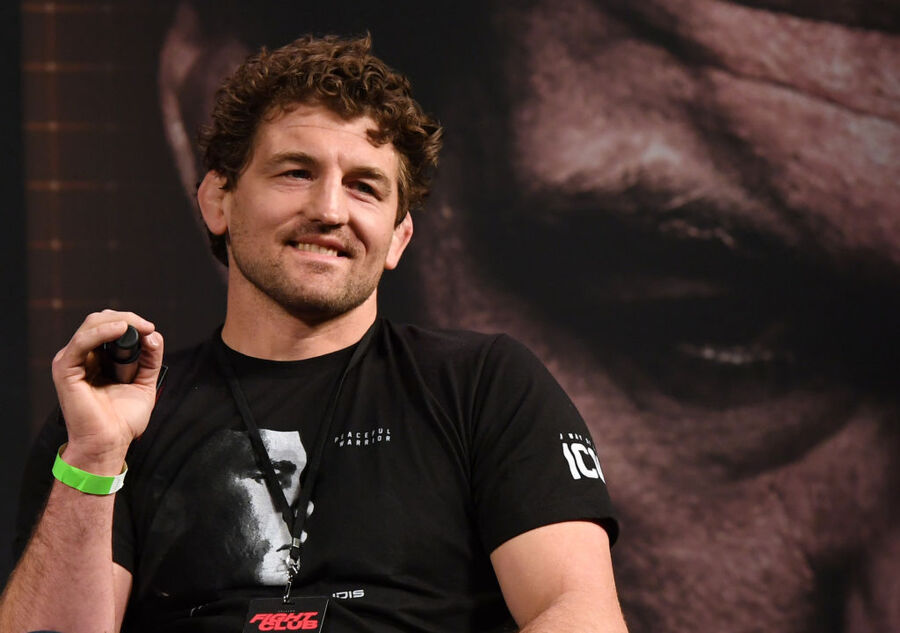 Ben made his UFC debut on March 2, 2019 at UFC 235, defeating Shinya Aoki a minute into the first round.

His first professional career loss came on July 6, 2019 at the hands of Jorge Masvidal. Askren earned a career-high $210,000 just to show up to the match, plus a cut of the Pay Per View.

For his next fight, against Demian Maia on October 26, 2019, Askren earned $200,000 to show up. He lost in the third round by technical submission.

After lengthy back-and-forth taunting of social media, Ben eventually agreed to fight YouTube personality Jake Paul in a boxing match on April 17, 2021. Askren was guaranteed a minimum of $500,000 just to show up to the fight. With Pay Per View bonuses and other revenue, his ultimately full payout could be in the low $1 million range.