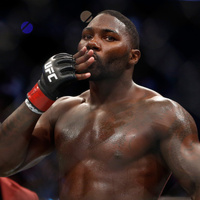 Anthony Johnson net worth: Anthony Johnson was an American mixed martial artist who had a net worth of $4 million at the time of his death. Tragically, Anthony died on November 13, 2022 at the age of 38 from an undisclosed illness. Anthony Johnson was born in Dublin, Georgia in March 1984. He has competed in the welterweight, middleweight, light heavyweight, and heavyweight divisions. Johnson made his professional MMA debut in August 2016 with a win over Jonathan Romero. He made his UFC debut in June 2007 when he defeated Chad Reiner in 13 seconds. Johnson had the Knockout of the Night over Kevin Burns in December 2008. He had the Fight of the Night in November 2009 when he lost to Josh Koscheck. Johnson had the Knockout of the Night again in October 2011 over Charlie Brenneman. He had the Performance of the Night both in July 2014 when he beat Antonio Rogerio Nogueira and again in January 2015 when he defeated Alexander Gustafsson. Johnson lost to Daniel Cormier in May 2015 for the UFC Light Heavyweight Championship. He again had the Performance of the Night with wins over Jimi Manuwa in September 2015 and Ryan Bader in January 2016. After that fight his professional MMA record was 21 – 5. Before competing in MMA Johnson was the Junior College National Champion for the National Junior College Athletic Association amateur wrestling.