In 2011 he was the ISKA World Full-Contact Light Heavyweight Champion and in 2012 he was the Enfusion: Trial of the Gladiators Tournament Runner-Up. Tate was the ISKA World Full-Contact Light Cruiserweight Champion in 2013 and the Enfusion Live World Champion in 2014. In 2010 he had his only professional MMA match. Tate was a contestant on the 17th season of the British version of Big Brother before being removed due to a controversial video of him allegedly hitting a girl with a belt. 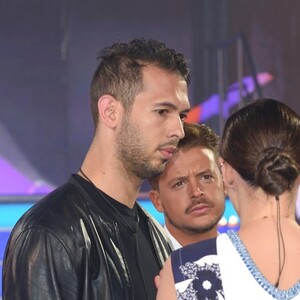