Alistair Overeem net worth and career earnings: Alistair Overeem is a Mixed Martial Artist who has a net worth of $10 million. Born in Hounslow, England, Alistair Overeem grew up in the Netherlands. Always interested in athletics, he began practicing judo, and playing basketball as a youngster. At the urging of his older brother, he began training in kickboxing and Muay Thai when he was 15.

This led to training for mixed martial arts, and he won his first professional fight in the late 90s, at age 19. He began fighting in the Pride Fighting Championships circuit in the early 2000s. For the next nine years, he would go back and forth between the Pride and Strikeforce circuits. He also fought Dream and Dynamite championship bouts. After a pay dispute with Strikeforce in mid-2011, he and a number of other fighters were released from their contracts. However, the dispute was later resolved and the fighters are now back in discussion regarding rejoining the circuit. He won his first UFC Championship bout on December 30, 2011. As of this writing he has won 47 of his 66 MMA bouts, and ten of his fourteen kickboxing bouts. 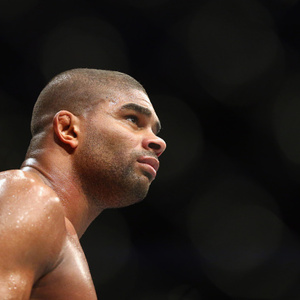