Mike E. Smith net worth: Mike E. Smith is an American horse racing jockey who has a net worth of $10 million. Mike E. Smith was born in Roswell, New Mexico in August 1965. Since the early 1990s he has been one of the leading rides in Thoroughbred racing. Smith has won the most Breeders' Cup races of any jockey and was inducted into the National Museum of Racing and Hall of Fame in 2003. His father was also a jockey and Mike started riding races at 11 years old and got his jockey's license at 16. Smith has won the Preakness Stakes in 1993, the Kentucky Derby in 2005, the Belmont Stakes in 2010 and 2013, and the Kentucky Oaks in 2013. He has received the ESPY Award for Top U.S. Jockey, the Eclipse Award for Outstanding Jockey twice, the Mike Venezia Memorial Award, the George Woolf Memorial Jockey Award, and the Big Sport of Turfdom Award twice. Smith has jockeyed several horses including Bodemeister, Giacomo, Mine That Bird, and Unbridled's Song. In 2009 he was featured in the reality television series Jockeys. 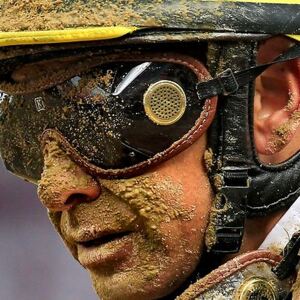