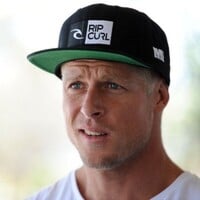 Mick Fanning net worth and salary: Mick Fanning is an Australian professional surfer who has a net worth of $8 million. Mick Fanning was born in Penrith, New South Wales, Australia in June 1981. He won the ASP World Tour in 2007, 2009, and 2013. Fanning was involved in an encounter with a great white shark in July 2015 which aired on live television during the J-Bay Open finals in Jeffreys Bay, South Africa. Fanning learned how to surf at five years old. He has been a professional surfer since 2002 and has earned over $2.4 million during his career. Fanning has been sponsored by Reef Footwear, Rip Curl, Creatures of Leisure Accessories, Red Bull Zen Nutrition, Dragon Eyewear, AUDI, Scullcandy, and FCS fins. He has been named the Australian Male Surfer of the Year in 2002, 2004, 2007, 2008, 2010, and 2011. Despite retiring from the sport professionally, he still earns around $3 million per year. Mark has endorsements with companies like Red Bull, Rip Curl and Mercedes. He was the third highest paid surfer in the world in 2018.