How much is Michelle Wie Worth?

Michelle Wie has an estimated net worth of $12 million. Michelle Sung Wie was born in Honolulu, Hawaii on October 11, 1989. Wie is a professional American golfer, who was the youngest person to ever qualify for the USGA amateur championship at the age of 10. She was also the youngest winner of the US Women's Amateur and the youngest to qualify for an LPGA tour event. She began playing golf at the age of 4. When she became the youngest person to ever qualify for the USGA national championship she held that title for 8 years, until it was broken by a girl who was 11 months younger than Wie had been. In 2002 she won the Hawaii State Open Women's Division. On October 5, 2005 a week before her 16th birthday Wie announced she was turning professional. She enrolled in Stanford University in 2007 after graduating high school, but as professional golfer she was not permitted to play for Stanford's golf team. On November 15, 2009 Wie won her first professional individual tournament. The Lorena Ochoa Invitational in Guadalajara, Mexico. This is an elite limited field event on the LPGA tour. This marked Wie's 81st professional tournament and her 66th LPGA tour event. 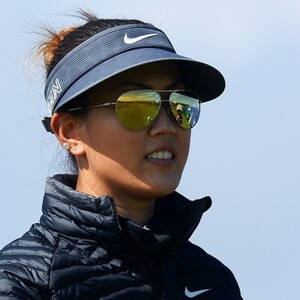