What is Laird Hamilton's Net Worth?

Laird Hamilton is an American surfer, investor, and model who has a net worth of $25 million. That is a combined net worth with his wife, Gabrielle Reece. Laird Hamilton is most famous thanks to his career as a professional surfer. He is also an action sportswear model, the owner of a clothing line and has appeared in many television series and movies. Hamilton and two of his friends are credited with creating tow-in surfing.

Hamilton was born on March 2, 1964 in San Francisco, California. His birth was unique, as his mother had opted to give birth in an experimental salt-water sphere at the UCSF Medical Center. Before Hamilton was a year hold, his father, L.G. Zerfas, left him and his mother. His mother then moved to Hawaii while Hamilton was still an infant. While living in Hawaii, Hamilton's mother met William "Bill" Hamilton, a surfboard shaper and glasser. The two started dating and then married, while William adopting Hamilton. The family then welcomed another son, Lyon.

Growing up in Hawaii, Hamilton began surfing from a young age. By the time he was 17, he was good enough to have pursued a career in the sport. However, he was hesitant to do so as he had watched his adoptive father endure the many challenges associated with this career choice. At the same time, he had already developed a pretty successful modeling career. He had left Kapaa High School at age 16 to pursue a modeling career. He was discovered on the beach a year later by a photographer from the Italian edition of Men's Vogue, which landed him a modeling contract.

Over the next decades. Hamilton pursued both surfing and modeling, as well as various acting opportunities, though he continued to reject the professional surfing circuit. In 1987, he played the antagonistic role of Lance Burkhart in the film "North Shore." Two years later, he was featured in a windsurfing movie called "Moving Target."

In 1990, Hamilton attempted a 360 degree loop while strapped to his surfboard, a feat that had not yet been accomplished in surfing. The attempt was filmed for the 1990 ski film, "Groove – Requiem in the key of Ski." Over the next few years, Hamilton and a number of his friends became known as the "Strapped Crew" because of the feats they kept on trying to accomplish with their surfboards attached to their feet. This allowed them to tackle larger and larger waves. 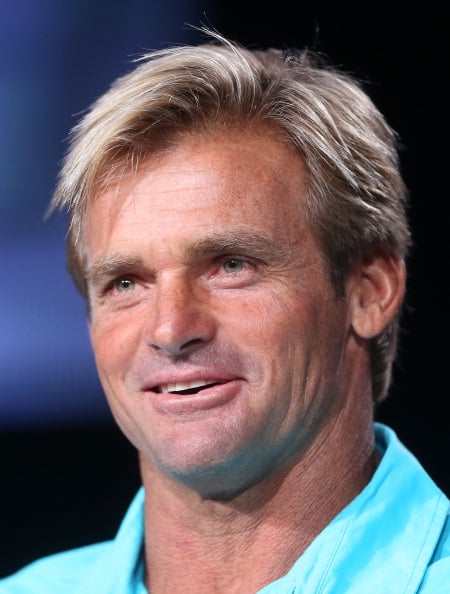 In 1992, Hamilton and two of his friends, also big wave surfers, began using boats to tow one another into waves that would have otherwise been too large to hand paddle into. This innovative idea was new to surfing and was captured in the film, "Riding Giants," a documentary. Over time, the technique developed into using personal watercraft as towing devices and became known as tow-in surfing. While some in the surf community felt this was cheating, Hamilton stuck to it as it was the only way to catch monstrous waves. This ability helped him further develop his own skill at riding waves over 70 feet high.

Hamilton continued taking other work outside of surfing. He worked as Kevin Costner's stunt double for the 1995 film, "Waterworld." During this time, Hamilton got caught at sea during a storm and almost died before being rescued by the Coast Guard off the coast of Maui.

In addition to surfing, Hamilton also enjoyed kitesurfing and waterskiing. Hamilton was one of the figures who was instrumental in popularizing kitesurfing off the Hawaiin coast of Maui in 1996. He has also experimented with foilboarding and stand up paddle surfing, an ancient Hawaiian surfing technique.

One of Hamilton's most prolific moments in surfing came in August of 2000. He was towed out to Tahiti's Teahupo'o break, a hazardous shallow-water reef break near Tahiti. He surfed one of the largest waves ever and was filmed doing so in the movie "Riding Giants." This event alone has led surfing historians to call Hamilton one of the best of all time. Hamilton regularly surfs waves over 30 feet tall, with some up to 70 feet tall, and moves at speeds as fast as 50 miles per hour. Hamilton has continued surfing as he has gotten older and is still regarded as one of the gereatest of all time.

Hamilton shares a daughter with his first wife, surfer and clothing designer Maria Souza. After getting a divorce from Souza, he married Gabrielle Reece in 1997. Reece was a professional volleyball player and fashion model who was hosting the show, "The Extremists," where her and Hamilton met.

The two have had two daughters together and live in Hawaii and Malibu, California. Because of their social life and the time at which they were popular in the media, Hamilton and his wife have been named as members of the "Malibu Mob," a group of celebrities in Malibu, similar to the idea of the Brat Pack. Other so-called members of the group nclude Tony Danza, John McEnroe, John Cusack, and Kelsey Grammer, among others.

Hamilton and his wife, along with friend Paul Hodge, founded Laird Superfood in 2005, a healthy food company. The company went public on the New York Stock Exchange in September of 2020. Hamilton is also an environmental activist and has protested various events in Hawaii that would led to water pollution.

In 2008, Hamilton published a book detailing some aspects and history of his life. He did not call it an autobiography, however, instead opting to describe it as a personal philosophy of life.

In July 2011, Reece and Hamilton put their 5,000+ square foot home in Maui, Hawaii, on the market for $2.79 million. The four-bedroom, four-bathroom home sold for $2.4 million two months later. The home, which the couple built in 2004, sits on 9.99 acres and includes a wraparound canopy lanai that measures more than 1,000 square feet. The property also features a "one million gallon fish pond overlooking tranquil gardens." The home was featured on "MTV Cribs" in 2006. 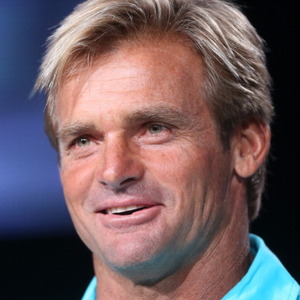