Kevin VanDam Net Worth: Kevin VanDam is an American professional bass fisherman who has a net worth of $8 million. Kevin VanDam was born October 14, 1967. He hails from Kalamazoo, Michigan and graduated from Otsego High School, VanDam still resides in Michigan with his wife, Sherry, and sons Jackson and Nicholas.

He is the all-time money winner in professional bass fishing, having earned more than $5.6 million through August 2011. VanDam has captured four Bassmaster Classic titles (2001, 2005, 2010, 2011), seven Toyota Tundra Angler of Year titles (1992, 1996, 1999, 2008, 2009, 2010, 2011) and was also the FLW Angler of the Year in 2001. VanDam has predominantly fished the Bass Anglers Sportsman Society (BASS) Bassmasters tournament series during his career. He began his career in 1990 at the age of 23 and in 1992 he became the youngest person to win the BASS Angler of the Year title, at age 25. He and Rick Clunn are the only anglers to have won four Bassmaster Classic titles. His 20 career BASS tournament series wins are the most career wins on the Bassmasters tournament trail. VanDam was honored with the first-ever Outdoorsman of the Year ESPY Award by ESPN in 2002. VanDam is sponsored on the BASS Bassmasters tournament trail by Nitro, Mercury Marine, Toyota, Strike King, Mustad, Plano, MotorGuide, Quantum, Bass Pro Shops, Humminbird, Oakley, D&R Sports, Biosonix and RMR Industries. 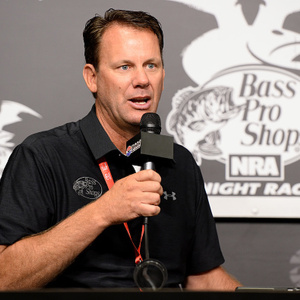