However, he got deeply disappointed by the racial quota system in place in South Africa and decided to move to England. There, he was made eligible to play for England thanks to his English mother. Thus, he spent four years playing at county level before being selected and joined the national team. In 2004, he made his first international and official debut in the One Day international match against Zimbabwe and the following year, his Test match debut in the 2005 Ashes Series against Australia. From August 2008 to early January 2009, Pietersen captained the England Test and ODI teams, but after three tests and nine ODIs and a dispute with England coach Peter Moores he resigned. Pietersen was unfortunately ruled out of the 2011 ICC Cricket World Cup due to a hernia injury , thus was unavailable for that year's Indian T20 League. In 2012, due to a disagreement over his schedule, he made a public announcement stating his retirement of international limited overs crickets. Later, he retracted his retirement but was not accepted for the Series against South Africa. Also known as Kel, Kelves or KP, Pietersen is one of the fastest batsmen and became the third English batsman to top the ICC One Day International rankings. In 2012, he was called "England's greatest modern batsman" by The Guardian. 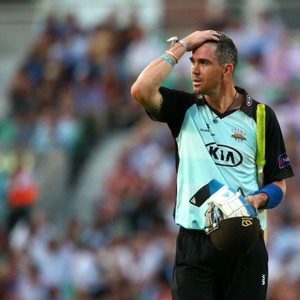