Kelly Slater Net Worth: Kelly Slater is an American professional surfer who has a net worth of $25 million. Known for his prowess and style, Slater has been named World Surf League Champion 11 times, a record no other surfer has been able to beat. At age 20, he was the youngest surfer to win the title, and at 39, he became the oldest to win it. Kelly surpassed Australian surfer Mark Richards to become the most successful champion in the history of surfing after winning his fifth world title in 1997, and a decade later, he won the Boost Mobile Pro event at Lower Trestles to become the sport's all-time leader in career event wins. Slater was also the first surfer to be awarded two perfect scores under the Association of Surfing Professionals' (ASP) two-wave scoring system, a feat he achieved at the Billabong Tahiti Pro contest in May 2005; in June 2013, he became the fourth surfer in history to do it a second time.

Kelly had been sponsored since 1990 primarily by surfwear company Quiksilver, but in 2014, he left Quiksilver to collaborate with Kering and created Outerknown, an eco-friendly clothing company. He launched a line of surfboards in 2016, and he also has his own beverage company, Purps. Aside from his professional surfing career, Slater played Jimmy Slade on 27 episodes of "Baywatch" from 1992 to 1996. He has appeared in the documentary "The Endless Summer 2" (1994), the feature film "One Night at McCool's" (2001), and Garbage's "You Look So Fine" music video (1999), and he lent his voice to the animated film "Surf's Up" (2007). Kelly has also published two books: "Pipe Dreams: A Surfer's Journey" (2003) and "Kelly Slater: For the Love" (2008).

Early Life: Kelly Slater was born Robert Kelly Slater on February 11, 1972, in Cocoa Beach, Florida. His mother, Judy, was a firefighter and EMT, and his father, Stephen, owned a bait shop. Kelly has two brothers, Stephen and Sean, and he started surfing when he was just 5 years old. By the time, Kelly was 10, he had won several age-division events on the Atlantic coast, and he won an age-division U.S. championship title in 1984. He came in third place at England's world amateur championships in 1986, and the following year, he won Australia's Pacific Cup junior championship.

Surfing Career: Known as King Kelly, The GOAT, and the Michael Jordan of Surfing, Slater went pro in 1990 and won the Body Glove Surfbout that year. He won his first title at the Pipeline Masters in Hawaii in 1992, and he came in at #6 in the 1993 rankings. Beginning in 1994, he was the World Surf League Champion five years in a row, and he won the Triple Crown of Surfing in 1995, 1998, and 2019. Kelly has won numerous Championship Tour events, including the Marui Masters, Quiksilver Pro, Coke Classic, Billabong Pro, and Hang Loose Santa Catarina Pro. In 2011, he was crowned ASP world title holder for the 11th time after winning at the Rip Curl Pro Search San Francisco. Slater's love of surfing has inspired him to get involved with charities that are dedicated to preserving oceans, and he is a member of the Sea Shepherd Conservation Society's Ocean Advocacy Advisory Board. In 2010, he was honored by the U.S. House of Representatives in H. Res. 792 for his "outstanding and unprecedented achievements in the world of surfing and for being an ambassador of the sport and excellent role model." A statue of Kelly has been on display in Cocoa Beach since November 6, 2010, the day he won his 10th world title. 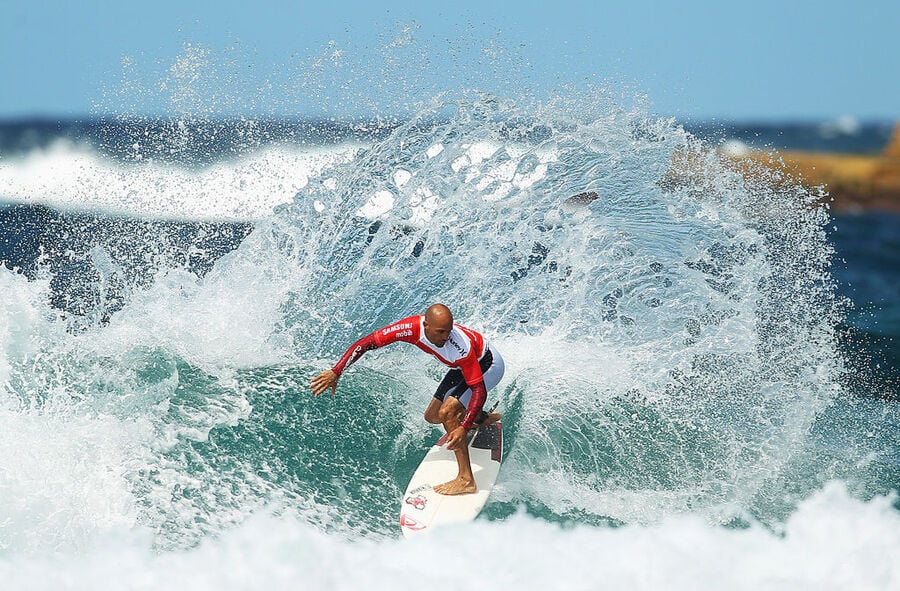 Other Ventures: Kelly used to be in a band called The Surfers with Peter King and Rob Machado, and they released the album "Songs from the Pipe" in 1998 and toured across Australia. He has played guitar and ukulele with artists such as Jack Johnson and Angus Stone, and in 2006, he performed with Ben Harper during a concert in Santa Barbara and with Pearl Jam during a San Diego concert. Slater has his own video game, "Kelly Slater's Pro Surfer," which was released by Treyarch in 2002, and he is featured in "Tony Hawk's Pro Skater 3" (2001). Kelly has appeared on the TV series "The Girls Next Door" (2008), "Cubed" (2011), "Ballers" (2018), and "Ultimate Surfer" (2020) and has been featured in several surfing documentaries.

Personal Life: Kelly has a daughter, Taylor, who was born in June 1996; her mother is an ex-girlfriend of Slater's named Tamara. Kelly has reportedly dated "Baywatch" co-star Pamela Anderson, actress Cameron Diaz, and models Gisele Bündchen and Bar Refaeli, and in 2016, it was rumored that he had proposed to his longtime girlfriend, Kalani Miller, who created the fashion label Mikoh. In 1991, "People" magazine included Slater in their "50 Most Beautiful People" issue, and he enjoys golfing, Brazilian jiu-jitsu, and playing guitar and ukulele. He has served as a spokesman for suicide prevention awareness and participated in charity events for Surfers Against Suicide.

Real Estate: In 2020, it was reported that Slater is collaborating with Michael Schwab to build a $250 million, 400-acre surf resort in La Quinta, California. Plans for the Kelly Slater Surf Resort include a 150-room hotel, 600 homes, and an 18-million-gallon wave pool. As for personal real estate, in 2017, Kelly paid $7.8 million for an 8,009 square foot beachfront home in Oahu, Hawaii, that features seven bedrooms and 7.5 bathrooms. The property sits along more than 100 feet of private beach and includes a pond, two guesthouses, and a swimming pool. 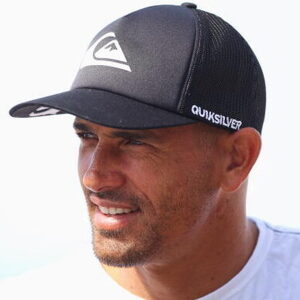