Kapil Dev net worth: Kapil Dev is an Indian former professional cricket player who has a net worth of $30 million. Kapil Dev was born in Chandigarh, Punjab, India in January 1959. He was the captain of the Indian cricket team which won the Cricket World Cup in 1983. Dev was named the Indian Cricketer of the Century in 2002 and is known for being one the greatest players of all time.

He coached India's national cricket team from 1999 to 2000. He was a right handed pace bowler who was a potent out swinger and served as India's main strike bowler for much of his career. Dev was nicknamed The Haryana Hurricane and represented the Haryana cricket team. He held the world record for the most number of wickets taken in Test cricket when he retired in 1994. Dev is the only player in cricket history who took more than 400 wickets and scored more than 5,000 runs in Tests. Dev was inducted into the ICC Cricket Hall of Fame in 2010. 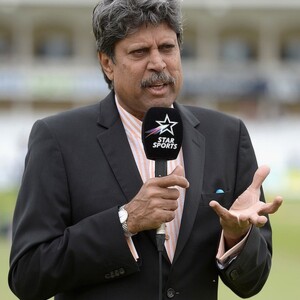