Jonny Wilkinson net worth: Jonny Wilkinson is an English rugby union player who has a net worth of $21 million. Jonny Wilkinson was born on May 25, 1979 in Frimley, Surrey, England. He began his career as an inside center at the Newcastle School of Rugby. With the Falcons, he helped win the Allied Dunbar Premiership title during the 1997-98 season. The Newcastle Falcons won the 2001 and 2004 Powergen Cups, as well. In all, Jonny Wilkinson played 12 seasons with the Newcastle Falcons, finishing with 158 caps and 1,938 points. In 2009, Wilkinson began playing for Toulon. The club won the Heineken Cup in 2013 and was runner up in 2010 and 2012 for the Amlin Challenge Cup, and runner up in 2012 and 2013's Top 14 challenge. Wilkinson has also played international rugby. He joined the England national team during the 1998 season, helping the club win the World Cup in 2003. Injuries limited his playing time, however, and his next international match was 1,169 days later. He rejoined the squad in 2007 and the club made it to the World Cup Final, but lost to South Africa. With Wilkinson, England won the Six Nations championships in 2000, 2001, 2003 and 2011, and won the Six Nations Grand Slam in 2003. 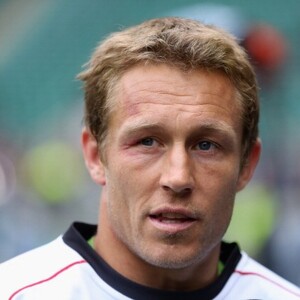