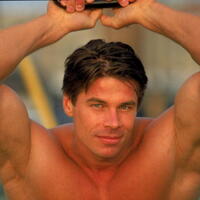 Joe Weider net worth: Joe Weider was a Canadian bodybuilder who had a net worth of $35 million dollars. The man largely responsible for making working out and weight training popular, Joe Weider published the first issue of what would eventually become Muscle and Fitness Magazine, when he was 17. Born November 29, 1920 in Montreal, Canada, he co-founded the International Federation of BodyBuilders (IFBB), alongside brother and Canadian businessman Ben Weider. Joe was also the creator of the Mr. Olympia, the Ms. Olympia and the Masters Olympia bodybuilding competitions. He was also the publisher of bodybuilding and fitness-related magazines, the most well-known of which were Muscle & Fitness, Flex, Men's Fitness and Shape. Weider also developed and manufactured a line of fitness equipment and fitness supplements. In 1972, the Weider brothers were the target of an investigation led by the U.S. Postal Inspectors, which involved claims against their nutritional supplement, Weider Formula No. 7. The weight-gaining product featured a young Arnold Schwarzenegger on the label and claimed that consumers could "gain a pound per day" in mass. The Weider brothers were ultimately made to alter their marketing tactics and claims. There were several other such claims and subsequent settlements over the span of Weider's nutritional supplement career. Joe Weider died of heart failure on March 23, 2013 at Cedars-Sinai Medical Center in Los Angeles, California at the age of 93.