Jimmy White has also won the UK Championship, the Nations Cup, and the masters. He became the first left handed player to record a maximum break at the World Championship and was the second player in history to do so. His highest career ranking ins #2 and he has won nearly five million pounds. He is also a talented pool and poker player and was awarded an MBE in 1999. His autobiography was released in 2014. 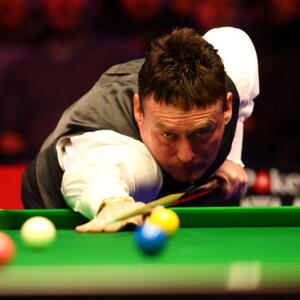