Jeremy Stenberg Net Worth: Jeremy Stenberg is an American professional motocross rider and off-road truck racer who has a net worth of $3.5 million. Born in Spring Valley, California, in 1981, Jeremy Stenberg was diagnosed with Tourette's syndrome when he was eight years old. In an effort to keep his son occupied and from falling into a bad crowd, Stenberg's father introduced Jeremy to motorbikes. He won his first championship in 1998, claiming the Vans Triple Crown title. He's gone on to win bronze at the 2001 Summer X Games Step Up, the 2005 Dew Action Sports Pro Tour Toyota Challenge, the 2005 Summer X Games Best Trick, the silver medal at the 2008 ESPN Moto X Championships FMX, the 2008 Red Bull X Fighters Brazil, and the 2011 and 2012 X Games Best Whip. He won a silver medal at the Moto X Whip in Austin in 2014. Stenberg won the 2010 Super Lite season championship after he started racing off-road during the Lucas Oil Off Road Racing Series. Stenberg starred in his own episode of MTV's series "True Life: I Have Tourette's Syndrome" in 2006. He earned the nickname Twitch after his diagnosis. He's also appeared in "The X-Life" and has his own DVD: "Twitch: Hoodrich". 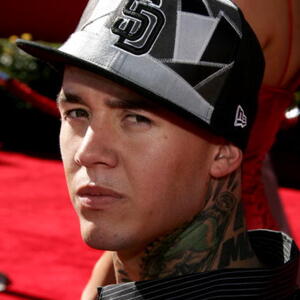