James Wade Net Worth: James Wade is an English professional darts player who has a net worth of $3 million. James Wade was born in Aldershot, England in April 1983. Wade currently plays in the Professional Darts Corporation. James was the youngest player to ever win a major PDC title in 2007 at the World Matchplay.

Since then he has won the World Grand Prix in 2007 and 2010, the UK Open in 2008 and 2011, The Premier League in 2009, the Championship League in 2010, and the 2014 Masters. He is the second most successful player in PDC history to Phil Taylor. Wade got started at the British Darts Organisation in 2001 and joined the Professional Dart Corporation in 2004. In 2014 Wade and Robert Thornton became the first players to both hit nine dart finishes in the same match. He was also the second player to ever hit a double-start nine dart finish at the World Grand Prix in 2014. 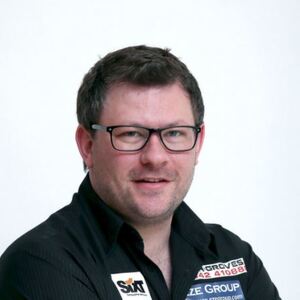