Jackie Warner Net Worth: Jackie Warner is an American fitness trainer best known for her participation in "Work Out", a Bravo TV reality show who has a net worth of $10 million dollars. Jackie Warner was born August 17, 1968 in Fairborn, Ohio. Athletic from an early age, Warner played inter-collegiate soccer and softball, and has been a lifelong equestrian competitor.

Warner moved to California at the age of 18. She has worked as a model, actor, and a script coordinator for Warner Brothers, eventually writing and selling her own script. Warner is currently a professional personal trainer. She owns Sky Sport and Spa, a gym and spa in Beverly Hills, California. On July 19, 2006, the Bravo network aired the first episode of Work Out. The reality show's first season followed Warner's daily routine, giving a behind-the-scenes look at how Warner runs her day-to-day business, juggles her personal life with then girlfriend Milenna (Mimi) Saraiva, and deals with her employees' personal issues. The show chronicled her relationships with four different women. After her last relationship with her girlfriend Brianna deteriorated, Warner stated on the show that she would no longer be dating women so much significantly younger than herself. Bravo cancelled the show after Season 3 of "Work Out". 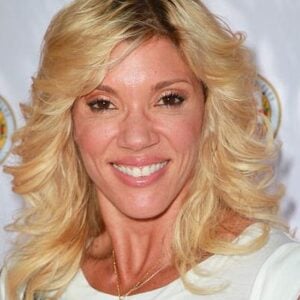