Imran Khan net worth: Imran Khan is a Pakistani politician and retired cricket player who has a net worth of $50 million dollars. Imran Khan was born in November of 1952 and is best known for playing professional cricket for more than 20 years. After retiring, he went on to become a politician, working in both activism, philanthropy and holding political office.

He is recognized as the country of Pakistan's most successful captain within the game of cricket, having won the 1992 World Cup. Additionally, he played for their team from 1971 until 1992. Though he retired after the 1987 World Cup, Khan returned to the sport after the request of Pakistan's president, Zia ul Haq, as well as popular demand. In May of 1995, Khan married Jemima Goldsmith, an English journalist and heiress. The ceremony lasted two minutes and took place in Paris. However, the couple was married again in a traditional service the following month. The pair later divorced in 2009 after nine years of marriage, following ongoing speculation that their relationship was in trouble. Khan currently lives in a farmhouse in Bani Gala, an area that's known for its scenic views. In November of 2009 he had emergency surgery on his small intestine. 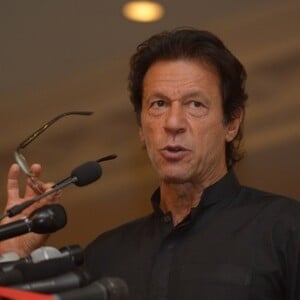