What is Wayne Gretzky's Net Worth?

Wayne Gretzky is a Canadian-born retired professional hockey player and entrepreneur who has a net worth of $250 million. Widely considered to be one of the greatest hockey players of all time, he played in the NHL for 20 seasons from 1979 to 1999. During that time he earned a total of $46 million in NHL salary. He earned an additional $50 million from endorsements during his playing days. When combined, he earned around the same as $150 million after adjusting for inflation. He has invested his money very wisely, building an empire that today includes sports team ownership, a vineyard, real estate ventures, and more.

Wayne Douglas Gretzky was born in Brantford, Ontario, on January 26, 1961. He has three brothers and a sister. His father Walter taught him, his siblings, and their friends how to play hockey on a homemade rink in the family home's backyard, and from an early age, Gretzky showed a natural talent. By age 6, he was already playing on a team otherwise composed of 10-year-olds, and he continued to garner attention as he progressed. His excelling on the ice often earned him negative attention from other players and jealous parents, so it was not uncommon for him to get booed during games.

In part to help him advance his career, but also in part to help him escape the negative atmosphere of his hometown, his parents helped him move to Toronto to play hockey there. At the time, players were not allowed to play in different areas, but his parents challenged the Canadian Amateur Hockey Association and won, so he was allowed to play Junior B hockey with the Toronto Nationals, eventually earning Rookie of the Year in the Metro Junior B Hockey League for the 1975-76 season. He eventually was drafted in the 1977 Ontario Major Junior Hockey League draft to play for the Sault Ste. Marie Greyhounds when he was 16.

In 1978, at the age of 17, Gretzky signed a $1.75 million USD seven-year personal services contract with the Indianapolis Racers in the World Hockey Association (WHA). He had to join the WHA instead of the NHL initially because the NHL did not allow the signing of players under the age of 20. He only played briefly for the Racers before being traded to the Edmonton Oilers. When his team joined the NHL after the WHA folded in 1979, he was instrumental in leading them to four Stanley Cup victories.

With the Oilers, he earned the Hart Memorial Trophy as the NHL's Most Valuable Player in what was only his first NHL season. His star continued to rise, and he became the first player in NHL history to break the two hundred-point mark, scoring over 200 points in a season, among other achievements. He was traded two more times after that, also playing for the Los Angeles Kings (1988 – 1996) and the St. Louis Blues (1996). In 1996, he signed with the New York Rangers as a free agent on a two-year, $8 million USD contract.

He retired from his professional career in 1999 while playing for the New York Rangers. During the span of his career, Gretzky achieved nine Hart Trophies for most valuable player, ten Art Ross Trophies for most points in a season, five Lester B. Pearson awards, and two Conn Smythe Trophies as playoff MVP. He was immediately inducted into the NHL Hall of Fame following his retirement. When he retired from the NHL, he held an amazing 61 records. His #99 jersey was also retired league-wide, and he was the only person to receive this honor at the time. 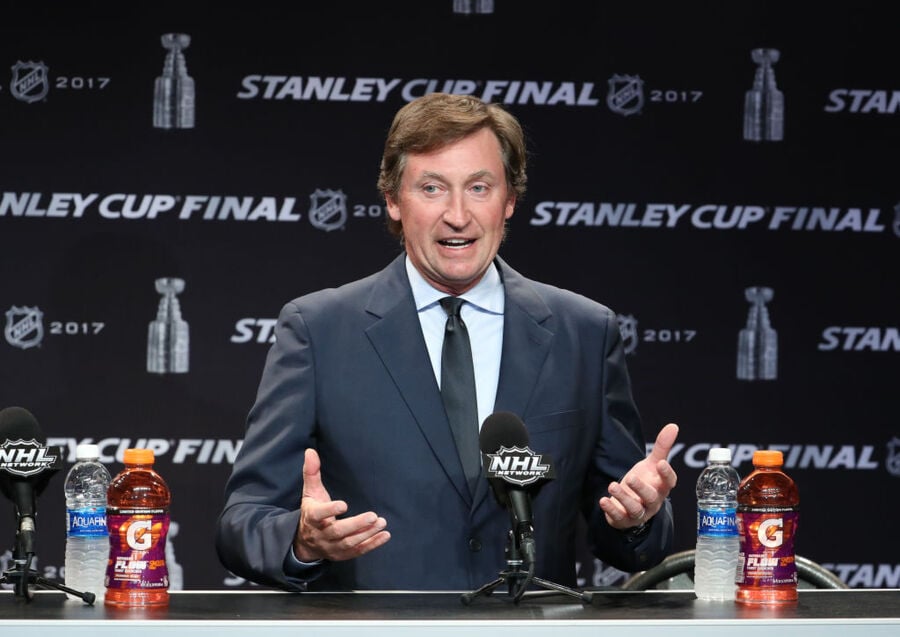 After Gretzky's playing career was over he moved into a management role and became the executive director of the Canadian National Men's Hockey Team for the 2002 Winter Olympics. He later became a part-owner of the NHL team the Phoenix Coyotes, buying a 10% stake in them in May 2000 in partnership with majority owner Steven Ellman. He went on to become the team's coach from October 2005 to September 2009. In 2016 he became vice-chairman and partner of Oilers Entertainment Group.

In addition to being a professional athlete, Gretzky has invested heavily in the ownership of sports teams. He bought the Hull Olympiques team of the Quebec Major Junior Hockey League in 1985 for $175,000 CAD and sold them in 1992 for $550,000 CAD. In 1991, when Bruce McNall purchased the Toronto Argonauts of the Canadian Football League, Gretzky was a minority owner along with John Candy; they eventually sold the team in 1994. He once again partnered with McNall to purchase a rare Honus Wagner T206 cigarette card for $451,000 USD, selling it later. Additionally, Gretzky is a partner in sports equipment manufacturer First Team Sports, as well as roller hockey rink operator Worldwide Roller Hockey, Inc.

Furthermore, Gretzky enjoyed many lucrative endorsement deals during his professional hockey career. By 1995, he was ranked one of the top five highest-paid athlete endorsers in North America, thanks to his deals with major global brands like Coca-Cola, Domino's Pizza, Sharp Corporation, and Upper Deck Company. Lastly, Gretzky partnered with Andrew Peller Ltd., in 2017 to open Wayne Gretzky Estates, a winery and distillery in Niagara-on-the-Lake, Ontario. He also has restaurants such as No. 99 Gretzky's Wine & Whiskey in Edmonton International Airport, opened in 2016; and Studio 99 at Rogers Place in Edmonton, Canada, opened in 2018.

Gretzky met actress Janet Jones while he was serving as a judge on the television show "Dance Fever." They began dating in 1987, he proposed in January 1988, and the couple got married in July that same year. Their wedding ceremony, which reportedly cost him over $1 million USD, was dubbed "The Royal Wedding" by the Canadian press. Together, the couple has five children: three sons and two daughters. One of their daughters, Paulina Gretzky, a singer and model, has been in a relationship with professional golfer Dustin Johnson since 2013. They have two kids together.

In the late 1980s, soon after moving over to the LA Kings, Wayne purchased a large property in the exclusive Beverly Hills gated community of Beverly Park. He sold his house a few years later to a billionaire named Eric Smidt (not the Google billionaire Eric Schmidt). Smidt bought the vacant lot next door for $3 million and in 2014 sold the combined estate for $40 million.

In 2007 Wayne and his wife custom-built a mansion located within a gated country club in Thousand Oaks, California. The property is 6.5 acres and has a 13,000 square-foot mansion. The Gretzkys sold the house in 2014 to former baseball player Lenny Dykstra – who at this time was touting himself as a financial guru – for a mind-numbing $18.5 million. A year later the real estate market collapsed, as did Lenny's guru status. Lenny tried to sell the house for $18.5 million at what might have been the worst time in history to sell a house. He lowered the price over and over, eventually losing it in foreclosure after he declared bankruptcy and was arrested on fraud charges. To bring it all full-circle, Wayne and Janet Gretzky re-acquired the house in 2018 for $13.5 million.

In October 2020 Wayne and Janet listed coveted property for sale for $22.9 million. 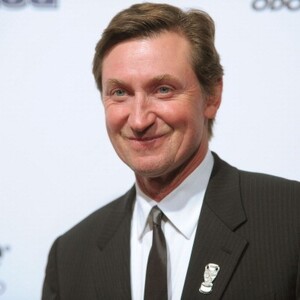