He has been best friends with ex-Lightning center Brad Richards since the age of 14, when they met at school, where they were roommates and became best friends. Lecavalier played two years of junior hockey for the Rimouski Océanic of the Quebec Major Junior Hockey League. During his tenure, he quickly established himself as one of the NHL's top prospects. Lecavalier was drafted first overall by Tampa Bay in the 1998 NHL Entry Draft, during which new Lightning owner Art Williams proclaimed that Lecavalier would be "the Michael Jordan of hockey". He won a Stanley Cup with Tampa Bay in 2004. He won the Maurice "Rocket" Richard Trophy in 2007 as the NHL's leading goal scorer. He spent his first 14 NHL seasons with the Tampa Bay Lightning before being bought out following the 2012–13 season and signing with the Flyers for $22.5 million over 5 years. 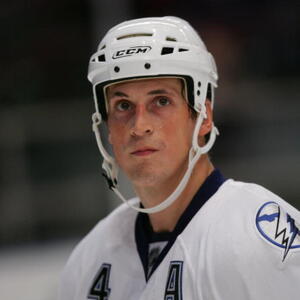