Tuukka Rask net worth and salary: Tuukka Rask is a Finnish professional ice hockey player who has a net worth of $20 million dollars. Born in Savonlinna, Finland on March 10, 1987, Rask is best known for his position as goaltender for the Boston Bruins. Rask stands at six feet and three inches and weighs approximately 185 pounds.

He catches left-handed and has been playing professionally in the National Hockey League since 2005 when he was the 21st overall draft pick to the Toronto Maple Leafs. He began playing hockey in Savolinna, Finland for the club team, SaPKo, and by 2005 was the top goaltender in the draft. He competed on team Finland in the 2014 Winter Olympics in Sochi, where he received a bronze medal, and he played for team Finland in the 2006 World Junior Hockey Championships where he also earned bronze. 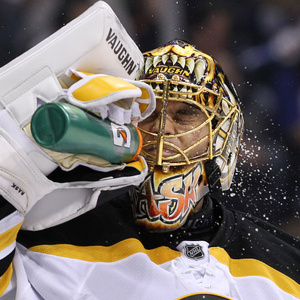