Tom Laidlaw net worth: Tom Laidlaw is a Canadian former professional hockey player who has a net worth of $5 million. Tom Laidlaw was born in Brampton, Ontario, Canada in April 1958. He was a defenseman who shot left handed. Laidlaw played for Northern Michigan University from 1978 to 1979. He was drafted #93 overall by the new York Rangers in the 1978 NHL Draft.

Tom Laidlaw played for the New York Rangers from 1980 to 1987. He played for the Los Angeles Kings from 1986 to 1990. At Northern Michigan he was named to the All-CCHA First Team in 1978-79 and in 1989-80. Laidlaw was also named to the All-NCAA All-Tournament team in 1980. He became a broadcaster for the Kings and runs a sports management company. In 2019 he became the first Canadian born person to compete on the reality TV series Survivor. He is also a motivational speaker who uses the phrase True Grit Life. 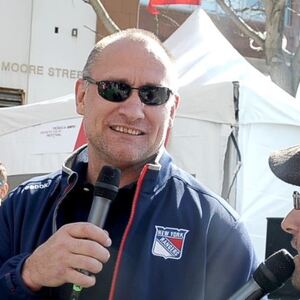