How much is Tie Domi Worth?

Tie Domi net worth: Tie Domi is a Canadian former professional hockey player who has a net worth of $6 million. Tie Domi was born in Winnipeg, Manitoba, Canada in November 1969. He was a right winger who started his career with the Petersborough Petes of the OHL. Domi was drafted #27 by the Toronto Maple Leafs in the 1988 National Hockey League Draft. He played for the Maple Leafs from 1989 to 1990 and then for the New York Rangers from 1990 to 1993. Domi played for the Winnipeg Jets from 1993 to 1995. He then finished his NHL career with the Maple Leafs until he retired in 2006. He was known for being an enforcer and has more penalty minutes than any other player in Maple Leafs history. Domi is also third for most penalty minutes in NHL history. Tie's son Maxi Domi was drafted by the Phoenix Coyotes in the 2013 NHL draft. 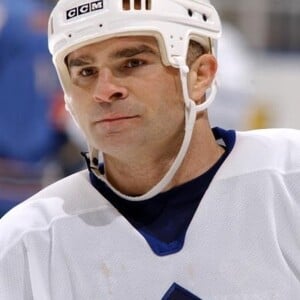