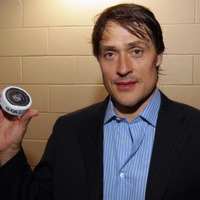 Teemu Selanne net worth: Teemu Selanne is a Finnish retired professional hockey player who has a net worth of $40 million dollars. Teemu Ilmari Selanne was born in Helsinki, Finland in July 1970. Selanne started his professional career with Jokerit in the SM-liiga. In 1988 he was the #10 overall pick by the Winnipeg Jets. During his NHL career Selanne also played for the Anaheim Ducks, San Jose Sharks, and Colorado Avalanche. All together he played 21 seasons in the National Hockey League. He played right wing and finished his career as the highest scoring Finnish player in NHL history. Selanne retired in 2014 as the 11th highest goal scorer of all time. He set a record as a rookie scoring 76 goals. Selanne was selected as an NHL All-Star 10 times. He won the Maurice "Rocket" Richard Trophy and the Bill Masterton Memorial Trophy. In 2007 he won a Stanley Cup championship with the Ducks. In addition to the NFL Selanne also played internationally for Finland. He won a silver and bronze medal while playing in five World Championships. He won three bronze medals and a silver in six Olympic appearances. His 43 goals in Olympic competition are the most ever scored. He also holds 12 Anaheim team records and three Winnipeg/Phoenix records, in addition to three NHL records. He is married to his wife Sirpa and they have four children.