Stan Mikita net worth: Stan Mikita was a Slovak Canadian professional hockey player who had a net worth of $10 million at the time of his death in 2018. He was best known for being one of the best hockey centers of the 1960s.

Stan Mikita was born in Sokolce, Slovak Republic in May 1940 and passed away in August 2018. He was a center who shot right handed. Mikita played for the St. Catharines Teepees of the Ontario Hockey League from 1956 to 1969. He played his entire career for the Chicago Black Hawks of the National Hockey League from 1958 to 1980. Stan Mikita was the first Slovak born player to win the Stanley Cup and represented Canada in international competition. He was named one of the 100 Greatest NHL Players in 2017. He has a statue outside of the United Center in Chicago. Mikita was inducted into the Hockey Hall of Fame. He won several trophies and was a multi time All Star. 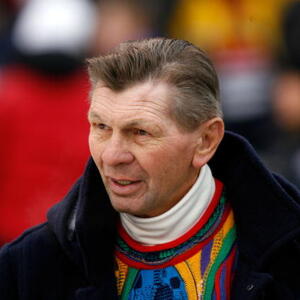