What is Sidney Crosby's Net Worth?

Sidney Crosby is a Canadian professional hockey player who has a net worth of $75 million. Crosby is widely considered to be one of the greatest players the NHL has ever seen. He is the highest-paid NHL player of all time. He earned that title in June 2021 when his $129 million career earnings topped Jaromir Jagr's $127 million.

Known by the nicknames "Sid the Kid" and "The Next One," his career began after he was drafted by the Pittsburgh Penguins in 2005. He has stayed with the Penguins throughout his entire career. During his first season, 2005-2006, Sidney finished runner up for the NHL Rookie of the Year Award after reaching 102 points at the age of 18. As of this writing he is the youngest player to reach 100 points.

During his second season, he scored 120 points and won the Art Ross Trophy. Once again, he was the youngest player and only teenager to win this honor. In fact, he was the only teenager to win any scoring title in any major North American sports league. He also won the Hart Memorial Trophy in recognition of his MVP status for the Penguins, and the Lester B. Pearson Award. By the 2008-2008 season, he had become the captain of the Penguins. That year, he led them to the Stanley Cup Finals. However, they returned to face Detroit in the Stanley Cup finals next year, and that time they were successful. Sidney, therefore, became the youngest NHL captain to lift the Stanley Cup.

Outside of his achievements with the Pittsburgh Penguins, Crosby is also known for his accomplishments with the Canadian national hockey team. He won his first gold medal for his country in 2005 at the World Junio Championships. He then represented Team Canada at the 2010 Winter Olympics in Vancouver, winning the overtime goal that secured the gold medal for his nation against the United States. Canada repeated the feat at the 2014 Winter Olympics with Crosby serving as captain. Another gold medal followed at the 2015 World Championships. In 2016, Sidney led Canada to yet another gold medal at the World Cup of Hockey.

Sidney Patrick Crosby was born on August 7th of 1987 in Halifax, Nova Scotia. This gives him a birthdate of 8/7/87, a number that popped up once again on his jersey number (87), and the value of his signing contract ($8.7 million per year). Raised in Cole Harbour alongside a younger sister who also became a hockey player, Sidney grew up in a hockey-loving family. His father was a goaltender who played in the Quebec Major Junior Hockey League. Although Sidney's father was eventually drafted by the Montreal Canadiens in 1984, he never played at the NHL level. The Crosbys were passionate supporters of the Canadiens while growing up.

Sidney learned to skate at the age of three and quickly started practicing his hockey skills. He worked on his shooting in the basement of his home, where a hockey net was placed in front of a dryer. This later led to the misconception that Crosby actually used the dryer to practice his shots. In terms of academics, he was a straight-A student who was later celebrated as an "amazing role model" by his vice-principal. At the age of 15, Sidney headed to Minnesota to take advantage of a hockey program there. He then played for Rimouski Océanic in the Quebec Major Junior Hockey League while attending high school in New Brunswick.

As a minor league player, Sidney was generating significant buzz as early as age seven. During this time, he simply blew his opposition away. He regularly scored more than 200 points per season, and this insane level of performance led many parents and players to turn on him. He later stated that other players intentionally tried to injure him, and parents subjected him to verbal assault and even threats. This ultimately led him to leave Canada and pursue post-secondary education in Minnesota for a time. 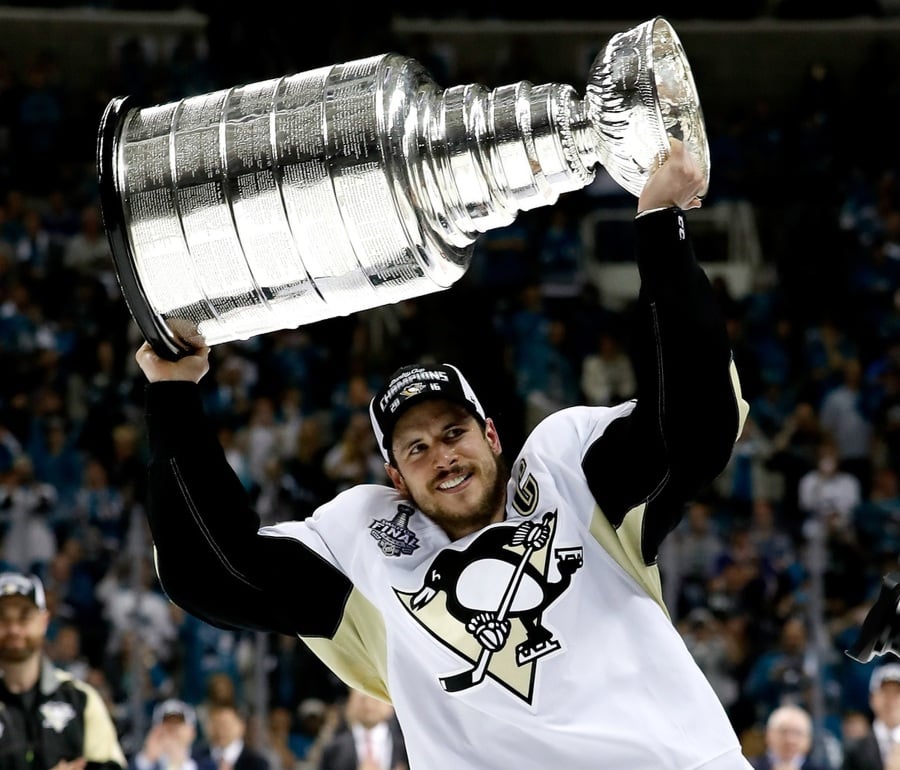 After a number of successful years in the Quebec Major Junior Hockey League, Crosby entered the 2005 NHL Draft and was the top-rated prospect that year. He was then selected first overall by the Pittsburgh Penguins and made his debut against the New Jersey Devils. After proving his worth, Crosby quickly earned the nickname "Sid the Kid." Crosby was then made alternate captain and won NHL Rookie of the Year by the end of the season. More awards followed in his second season before he signed a five-year, $43.5-million contract extension with the Penguins. By 2009, he had become the captain of the team, and he had also led them to a Stanley Cup victory.

From 2010 to 2012, Sid suffered from a number of injury problems. Even when he returned, the Penguins struggled to replicate their former playoff success. However, the Pengiuns eventually improved and won back-to-back Stanley Cup victories in 2016 and 2017.

In June 2021 Sidney surpassed Jaromir Jagr to become the NHL player with the highest career earnings in league history. At the point he crossed Jagr, his career earnings were $129 million vs Jagr's $127 million.

Crosby is a first-line centre who is known for his speed and lower-body strength. He uses this strength to protect the puck effectively in the corner. He has also been praised for his backhand shot, and some have stated that he has the best backhand shot in the NHL. 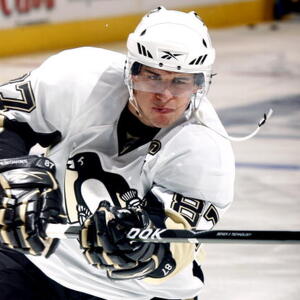