Sheldon Souray net worth, salary and career earnings: Sheldon Souray is a Canadian former professional hockey player who has a net worth of $11 million. Sheldon Souray was born in Elk Point, Alberta, Canada in July 1976. He is a defenseman who first played for the Tri-City Americans in the Western Hockey League. Souray played for the Prince George Cougars and the Kelowna Rockets in the WHL and for the Albany River Rats in the American Hockey League. He was drafted #71 by the New Jersey Devils in the 1994 NHL Draft. He played for New Jersey from 1997 to 199 and then for the Montreal Canadiens from 1999 to 2007. Souray has also played for the Dallas Stars and Anaheim Ducks. He played in the NHL All-Star Game in 2004, 2007, and 2009. Souray was known for his heavy slap shot and set an unofficial NHL record for the hardest slap shot. He holds an NHL record for the most single season power play goals by a defenseman with 19. Souray has represented Canada in international competition and won a Silver medal at the 2005 World Championships. He signed a five year deal with the Edmonton Oilers in 2007 for $27 million and a three year deal with the Anaheim Ducks in 2012 for $11 million. Sheldon was married to Baywatch actress Angelica Bridges from 2002 – 2007, together they have two daughters. Sheldon then married former WWE wrestler Kelly Kelly in February 2016. They divorced a year later. 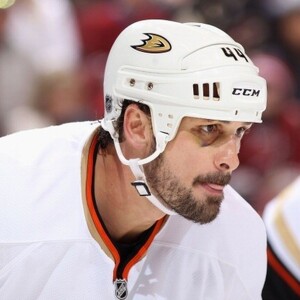