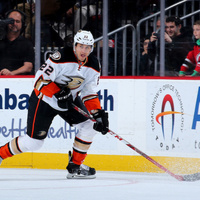 Shawn Horcoff Net Worth: Shawn Horcoff is a Canadian professional ice hockey player who has a net worth of $32 million. Born in 1978 in Trail, British Columbia, Canada, Shawn Horcoff is a six-foot-one, 210-pound left-shooting center. The Edmonton Oilers drafted Horcoff with the 99th overall pick during the 1998 NHL Entry Draft. Horcoff played with the Oilers' AHL affiliate before he was called up to the big club in December of 2000. He has played the majority of his career so far with the Oilers, even signing a six-year, $33 million new contract with the club in July of 2008, before he was traded to the Dallas Stars after the 2012-13 season. As of the fall of 2014, Horcoff is currently with the Stars organization, where he serves as an alternate captain. Despite captaining the Oilers and being an integral part of the franchise's run to the Stanley Cup finals, Horcoff has never appeared in an NHL All-Star game. He's played in close to 900 NHL regular season games, tallying 169 goals, 298 assists, and 563 penalty minutes. Horcoff has played internationally for Canada, earning two gold medals at the 2003 and 2004 World Championships and a silver at the 2009 competition. Off the ice, Horcoff has been married to his wife, Cindy, since 2003. They have two children together. Horcoff suffers from heterochromia, a condition where he has two different colored eyes.