He played for SKA Saint Petersburg in the KHL from 2012 to 2013. Since 2012 Bobrovsky has played for the Columbus Blue Jackets of the NHL. He was selected to the NHL All-Star Game in 2015 and to the NHL First All-Star Team in 2013. Bobrovsky won the Vezina Trophy for Best Goaltender and the Patrick Toy Award for Best Goalie in 2013. He also represents Russia in international competition and won a Gold Medal at the 2014 IIHF World Championship where he also was named Best Goaltender. Bobrovsky won a Silver Medal at the IIHF 2015 World Championship. 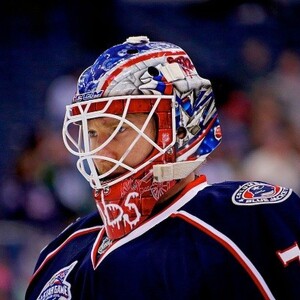