Sean Avery net worth: Sean Avery is a Canadian professional ice hockey player who has a net worth of $8 million. Sean Avery has earned his net worth from his position as left wing for the New York Rangers. Before starting his NHL career, Avery played hockey for the Owen Sound Platers and the Kingston Frontenacs of the Ontario Hockey League (OHL). He has also played for the Detroit Red Wings, Los Angeles Kings and the Dallas Stars. Sean was born on April 10, 1980 in North York, ON, CAN. Avery has had some minor acting roles like, the 2005 film The Rocket, as Bob Dill, he also appeared in a December 2006 episode of MADtv, with Kings teammates Tom Kostopoulos and Scott Thornton. He has also been featured on episodes of MTV Cribs, Punk'd and TRL.

In the summer of 2009, Avery opened a sports bar, called Warren 77, it was named by using the address of it's location in Manhattan 77 Warren Street. Avery is a strong supporter of Gay rights, in fact he recorded a video for the New Yorkers for Marriage Equality campaign in May of 2011. On August 5, 2011, he was arrested and charged with Battery for allegedly shoving a police officer, Avery posted his $20,000 bail and was released. However several days later all charges were dropped, because the officer actually tripped and was never touched by Avery. He also has a keen sense and interest in the fashion world, in fact in April 2008, he spent his summer off-season interning at Vogue magazine. He is noted for giving his former girlfriends advise on how to dress, and he joined his friend Lauryn Flynn the former director of Calvin Klein's celebrity services in a fashion partnership. 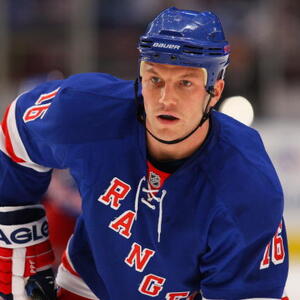