Saku Koivu Net Worth: Saku Koivu is a former Finnish professional ice hockey player who has a net worth of $40 million. Born in 1974 in Turku, Finland, Saku Koivu played professionally in his home country before the Montreal Canadiens selected him with the 21st overall pick of the first round of the 1993 NHL Entry Draft.

He continued to play with SM-liiga until he joined the Canadiens in 1995. Koivu was fourth among all NHL rookies in scoring before he began battling several injuries. He was diagnosed with a form of non-Hodgkin's lymphoma in 2001 and miraculously returned to the ice toward the end of the season, earning a standing ovation that lasted for eight minutes. During the 2004-2005 NHL lockout, Koivu played in Finland. He captained the Canadiens for a decade, becoming just the second person to remain the team's captain for ten years. In 2009, he signed a one-year, $3.25 million contract with the Anaheim Ducks. He landed a two-year contract extension before he retired on September 10, 2014, after playing for 18 years. Koivu has been a mainstay on Finland's national hockey team, earning three bronze and one silver medals at the Olympic Games (1994, 1998, 2006, 2010). He also won gold at the 1995 World Championships in Sweden. Koivu is featured in Simple Plan's 2008 music video for "Save You" with other cancer survivors. He has two children, a son and daughter, with his wife, Hanna. 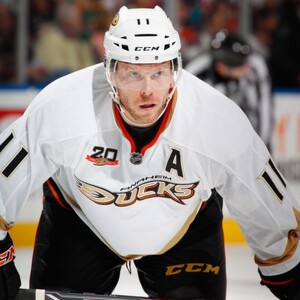