Ryan Callahan net worth: Ryan Callahan is an American professional hockey player who has a net worth of $16 million. Ryan Callahan was born in Rochester, New York in March 1985. He is a right winger who played for the Syracuse Jr. Crunch and the Buffalo Lightning in the OPJHL.

From 2002 to 2006 Callahan played for the Guelph Storm in the Ontario Hockey League. He was drafted #127 by the New York Rangers in the 2004 National Hockey League Draft. Callahan played for the Rangers from 2007 to 2014 and for the Tampa Bay Lightning from 2014 to 2015. He has also represented the United States in international competition and won a Silver medal at the 2010 Vancouver Olympic Games. Callahan is a four time Steven McDonald Extra Effort Award winner. He signed at three year deal for $12.8 million in 2011 and a six year deal for $34.8 million in 2014. 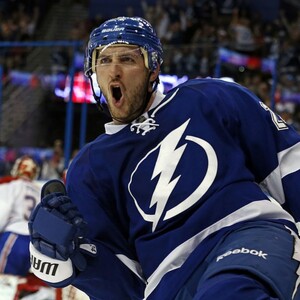