Roman Hamrlik Net Worth: Roman Hamrlik is a Czech retired professional hockey player who has a net worth of $46 million. Roman Hamrlik was born in Gottwaldov, Czechoslovakia in April 1974. Hamrlik played for ZPS Zin in the Czech Extraliga and the Atlanta Knights in the IHL. He was drafted #1 by the Tampa Bay Lightning in the 1992 NHL Draft.

Hamrlik played for the Lightning, Edmonton Oilers, and New York Islanders. He joined the Calgary Flames in 2005 signing a two year $7 million deal. In 2007 he signed a four year deal worth $22 million with the Montreal Canadiens. He signed a two year deal worth $7 million with the Washington Capitals in 2011. He joined the New York Rangers in 2013 and retired later that year. During his 20 season NHL career Hamrlik played in NHL All-Star Games in 1996, 1999, and 2003. He represented the Czech Republic in international competition and won Golda t the 1998 Winter Olympics and the 1991 and 1992 European Junior Championships. 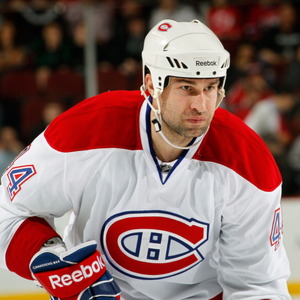