Pavel Bure net worth: Pavel Bure is a Russian retired professional hockey player who has a net worth of $70 million. Pavel Bure played for the Central Red Army team before being drafted into the National Hockey League in 1989. He played for the Vancouver Canucks, the Florida Panthers, and the New York Rangers, and won numerous awards as the league's highest scorer.

He retired in 2005 due to knee problems. Pavel Vladmirovich Bure was born in Moscow, Soviet Union in March 1971. Bure was a right winger who played in the National Hockey League for 12 seasons. During his career Pavel played for the Vancouver Canucks, Florida Panthers, and New York Rangers. He was known as "The Russian Rocket". He also played for three seasons with the Central Red Army team. He was drafted in the 1989 NHL Draft by the Vancouver Canucks. He won the Calder Memorial Trophy for being the best rookie in 1991-92. He took the Canucks to the Stanley Cup Finals in 1994. Bure won back to back Rocket Richard trophies for league leading goal scorer. He scored 437 goals in his 702 career NHL games, making him third all-time for goals per game. In 2012 he was elected into the Hockey Hall of Fame. He competed for the Soviet Union and Russia internationally. He won a silver and a bronze medal for Russia in the Winter Olympics. He was also the general manager of the Russian team for the 2006 Winter Olympics. In 2012 he was inducted to the International Ice Hockey Federation Hall of Fame. 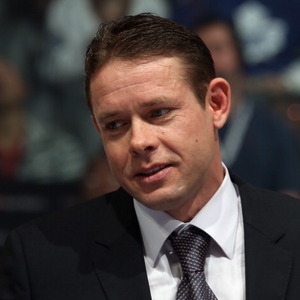