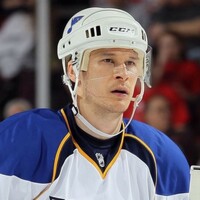 Paul Kariya Net Worth: Paul Kariya is a Canadian retired professional hockey player who has a net worth of $55 million. Paul Kariya was born in Vancouver, British Columbia, Canada in October 1974. Kariya played for the Maine Black Bears in the Hockey East Association. He was drafted #4 overall by the Mighty Ducks of Anaheim in the 1993 NHL Draft. He played for 15 seasons at left wing and played for the Colorado Avalanche, Nashville Predators, and St. Louis Blues. In his first season he was named to the NHL All-Rookie Team. He was selected three times to the NHL First All-Star Team and was first runner-p for the Hart Memorial Trophy in 1997. Kariya won Lady Byng Trophies in 1996 and 1997 for Sportsmanship. Kariya was a captain for seven seasons and led the Mighty Ducks to the 2003 Stanley Cup Finals. He played in the NHL All-Star Game seven times and was the Skills Competition Puck Control Champion from 1999 to 2002. Competing for Canada in international competition Kariya won Gold at the 2002 Olympic Games, 1994 World Championships, and 1993 World Junior Championships. Kariya holds records for the Anaheim Ducks for most overtime goals in a single season, most shots in a single season, and longest tenured captain. He also holds records for the Nashville Predators for most assist and points in a single season. Paul was forced to retire after suffering numerous concussions.