Milan Hejduk Net Worth: Milan Hejduk is a former Czech professional ice hockey player who has a net worth of $35 million. Born in Usti nad Labem, Czechoslovakia, in 1976, Milan Hejduk played professionally overseas with HC Pardubice. In 1994, he was drafted 87th overall by the Quebec Nordiques, who would later become the Colorado Avalanche after relocating.

Hejduk played every game of his professional NHL career with the Avs franchise. He was part of the 1998-99 All-Rookie Team and appeared in three NHL All-Star games: 1999, 2000, and 2008. Hejudk was part of the Stanley Cup Championship team that the Avs put on the ice during the 200-01 season. In 2002-03, he won the Maurice "Rocket" Richard Trophy, the Bud Light Plus/Minus Award, and was a member of the second All-Star team. At the time of his retirement, Hejduk held the record for most career games played as a member of the Avalanche. He finished his NHL career having playing in more than 1,000 regular season games with 375 goals, 430 assists, 805 points, and 316 minutes in the sin bin. Hejudk played internationally for the Czech Republic, earning a gold medal at the 1998 Winter Olympics in Nagano and a bronze medal at the 2006 Winter Olympics in Torino. He and his wife, Zlatuse, have two sons together: twins David and Marek. 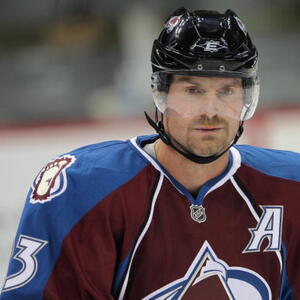