Mike Modano Net Worth: Mike Modano is an American retired professional hockey player who has a net worth of $5 million. Despite being the highest-paid player in the NHL at one point, Mike's net worth has suffered due to a series of bad investments and bad luck with financial management. During his career he made nearly $80 million in salary alone.

Mike Modano was born in Livonia, Michigan in June 1970. Modano played for the Detroit Compuware in the MNHL and then played for the Prince Albert Raiders of the WHL for three seasons. He was drafted #1 by the Minnesota North Stars in the 1988 NHL Draft. In 1992 he became the highest paid player on the team earning $2 million a year. In 1993 the Minnesota North Stars moved to Dallas and became the Dallas Stars. He played his entire career for the Stars before signing a one year deal with the Detroit Red Wings in 2010. Modano won the Stanley Cup championships with the Dallas Stars in 1999. He was named to the NHL All-Rookie Team his first season and in 2000 was named to the NHL Second All-Star Team. Modano made the NHL All-Star Game in 1993, 1998, 1999, 2000, 2003, 2004, 2007, and 2009. Modano holds NHL records for most goals by a player born in the United States, most points by an American-born player, most playoff points by an American-born player, and most games by an American-born forward. He also holds Stars records for games played, goals, points, and assists. Modano represented the United States in international competition and won a Silver Medal at the 1991 World Cup of Hockey and a Gold Medal at the 1996 World Cup of Hockey. His #9 jersey was retired by the Stars in 2014 and Modano was elected into the Hockey Hall of Fame. 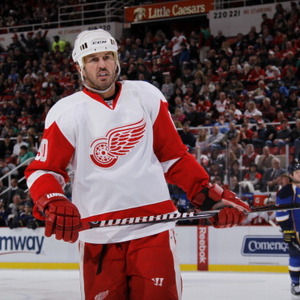