Mike Fisher net worth and salary: Mike Fisher is a Canadian professional ice hockey player who has a net worth of $30 million dollars. Born June 5, 1980 in Petersborough, Canada, Mike Fisher is a member of the Nashville Predators of the National Hockey League and previously played for the Ottawa Senators. On February 10, 2011, Fisher was traded to the Nashville Predators in exchange for the Predators' 2011 first-round draft pick Stefan Noesen and a conditional pick in 2012.

Fisher played his first game with the Predators on February 12, 2011, where he scored an assist in a 5-3 win over the Colorado Avalanche franchise. He went on to score his first goal as a Predator, against the Vancouver Canucks, on February 17, 2011. Fisher was the recipient of the 2012 NHL Foundation Player Award, given to the NHL player who applies the core values of hockey-commitment, perseverance and teamwork-to enrich the lives of people in his community. Fisher is married to country music singer Carrie Underwood. They met backstage after one of Underwood's concerts in 2008. The couple married July 10, 2010 in Greensboro, Georgia. 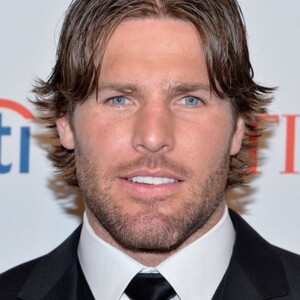