Matt Moulson net worth: Matt Moulson is a Canadian professional hockey player who has a net worth of $9 million. Matt Moulson was born in North York, Ontario, Canada in November 1983. He is a left winger who played for the Guelph Dominators of the MWJHL and for Cornell University.

Moulson was drafted #263 in the 2003 National Hockey League Draft by the Pittsburgh Penguins. He played for the Los Angeles Kings from 2007 to 2009 and for the New York Islanders from 2009 to 2013. Moulson played for the Buffalo Sabres in 2013, the Minnesota Wild in 2014, and the Buffalo Sabres again in 2015. In 2014 he signed a five year deal worth $5 million per year with the Sabres. In college Moulson was named to the All-ECAC Hockey First Team and ECAC Hockey All-Tournament Team. 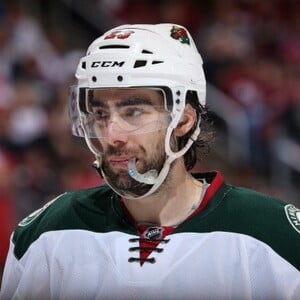