Mats Zuccarello net worth: Mats Zuccarello is a Norwegian professional hockey player who has a net worth of $12 million. Mats Zuccarello was born in Oslo, Norway in September 1987. He is a right and left winger who played for the Frisk Tigers in Norway and Modo Hockey in Sweden. Zuccarello went undrafted but signed with the New York Rangers of the National Hockey League in 2010.

He has played for the Rangers his entire NHL career but spent the 2012-13 season playing in Russia. While playing in the Swedish Hockey League he won the Golden Helmet for most valuable player. He was also named the best Norwegian ice hockey player the same year in 2010. Zuccarello won the Steven McDonald Extra Effort Award for the 2013-14, 2015-16, and 2016-17 seasons. Through the 2016-17 season he has scored 86 regular season goals and 11 playoff goals. Zuccarello has also represented Norway and Team Europe in international competition. He signed a four year deal for $18 million during the 2014-15 season. 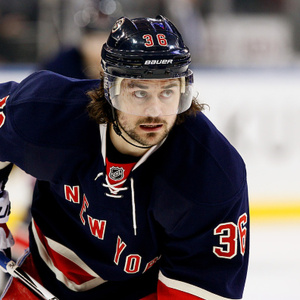