What is Marty McSorley's Net Worth?

Marty McSorley is a Canadian former professional hockey player who has a net worth of $6 million. Marty McSorley played in the NHL for various teams from 1983 to 2000. His career infamously ended following an on-ice assault of player Donald Brashear. Following this, he served as head coach of the Springfield Falcons of the AHL from 2002 to 2004, and also did sports analysis and color commentary on television. Beyond hockey, McSorley has appeared in a number of television and film roles.

Marty McSorley was born on May 18, 1963 in Hamilton, Ontario, Canada and was raised near Cayuga. He began playing hockey early, and in 1983, made his NHL debut with the Pittsburgh Penguins.

McSorley became a star in the NHL in 1985, when he was traded to the Edmonton Oilers and earned the title of "Wayne Gretzky's bodyguard." With the Oilers, he won the Stanley Cup two years in a row. Later, in 1988, he, Gretzky, and teammate Mike Krushelnyski were traded to the Los Angeles Kings. McSorley became a Kings fan favorite for his aggressive playing style, and also drew admiration from the league for his diligent work ethic, teamwork, and eloquence in giving interviews. McSorley had his best season with the Kings in 1992-93, when he led all defensemen in shorthanded goals, with three. Moreover, the team went on to reach the Stanley Cup Finals against the Montreal Canadiens. However, in Game 2, McSorley was caught with an illegal stick, which resulted in the Canadiens making a game-tying goal. The Kings ultimately lost the series in five games.

In the summer of 1993, McSorley was traded back to the Pittsburgh Penguins in exchange for Shawn McEachern. He only ended up playing in 47 games for the team before being reacquired by the Kings in early 1994. Back playing with his teammate Wayne Gretzky, McSorley assisted on Gretzky's goal that broke Gordie Howe's all-time goal-scoring record.

McSorley left the Kings for good in 1996, and was traded to the New York Rangers. Following one season with the team, he was traded to the San Jose Sharks, with which he played two seasons beset by injuries. In 1998, McSorley returned to the Edmonton Oilers as a free agent, and took on a part-time role. After the season, he signed with the Boston Bruins, the last NHL team he would play for. 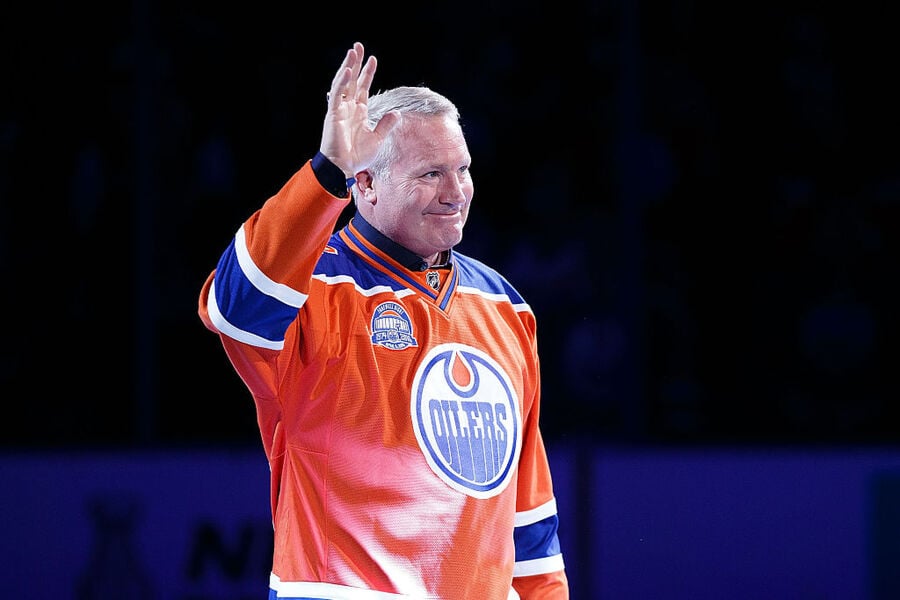 Infamously, McSorley's NHL career came to an abrupt end in a February 2000 game against the Vancouver Canucks. With only 4.6 seconds left of the match, he swung his stick into the head of rival player Donald Brashear, causing Brashear to fall backward on the ice and suffer a severe concussion. In response to the incident, McSorley was charged with assault and received a suspension from the NHL for the remainder of the season. Later in the year, a judge of the Provincial Court of British Columbia ruled McSorley guilty of assault with a weapon, and sentenced him to 18 months probation. The subsequent trial was the first for an on-ice NHL player attack since 1988.

Ultimately convicted of assault, McSorley continued to be suspended by the NHL through early 2001; it was the longest suspension for an on-ice incident in the modern history of the NHL. During the suspension, McSorley's contract expired. He tried to continue playing hockey overseas with the United Kingdom's London Knights, but was blocked by the International Ice Hockey Federation. McSorley also unsuccessfully attempted to play for the Munich Barons. He finally got a chance to play for the IHL's Grand Rapids Griffins; after 14 games with the team, he officially retired.

Outside of his playing career, McSorley has done sports analysis on television. During the 2005-06 NHL season, he provided in-studio analysis for Los Angeles' Fox Sports West, covering games involving either the Kings or the Mighty Ducks of Anaheim. The next season, he did color commentary for San Jose Sharks games on FSN Bay Area. McSorley has also provided analysis on Sportsnet and "Hockey Night in Canada."

In 2002, McSorley wed professional volleyball player Leanne Schuster; together, they have three children, and reside in Hermosa Beach, California. 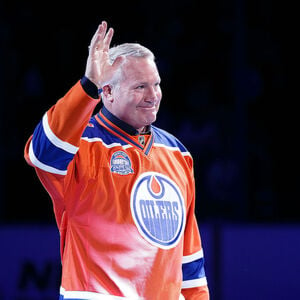