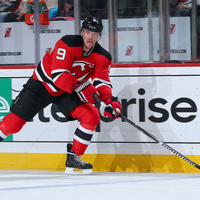 Martin Havlat Net Worth: Martin Havlat is a Czech professional ice hockey player who has a net worth of $38 million. Born in 1981 in Mlada Boleslav, Czechoslovakia, Martin Havlat was drafted by the Ottawa Senators during the 1999 NHL Entry Draft. Havlat made his rookie debut during the 2000 season, scoring 42 points en route to becoming a finalist for the Calder Trophy. He quickly earned the nickname "Mach 9" thanks to his jersey number and impressive speed on the ice. The Senators traded Havlat to the Chicago Blackhawks in 2006 and he signed a three-year, $18 million contract with the team. He recorded four points in his Chicago debut and earned team MVP honors in 2008-09, though the Blackhawks opted not to resign him to anymore more than a one-year deal. Havlat later landed a six-year, $30 million contract with the Minnesota Wild in July 2009. Two years later, he was traded to the San Jose Sharks, though by June 2014, his contract was bought out by the team after he suffered from several injuries and shaky production throughout his tenure in California. On July 1, 2014, Havlat signed a one-year deal with the New Jersey Devils, and is currently a member of the team as of the fall of 2014. Havlat has played internationally for the Czech Republic, winning gold at the 2000 World Championships in St. Petersburg and bronze at the 2011 World Championships in Bratislava.