Martin Brodeur Net Worth: Martin Brodeur is a Canadian professional hockey player who has a net worth of $55 million. Martin Brodeur was born in Montreal, Quebec, Canada in May 1972. Martin's father Denis played for Team Canada and was a photographer for the Montreal Canadiens. Brodeur played for the Saint-Hyacinthe Laser in the QMJHL. 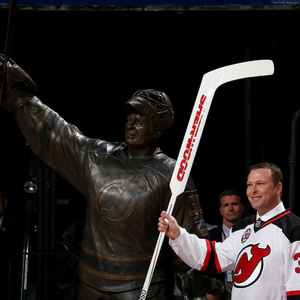