What is Mark Messier's Net Worth and Career Earnings?

Mark Messier is a retired Canadian professional ice hockey player who has a net worth of $65 million dollars. Mark played in the NHL for 25 years for the Edmonton Oilers, New York Rangers, and Vancouver Canucks. Regarded as one of the best hockey players in history, he is a six-time Stanley Cup champion, and ranks second on the all-time career scoring list for playoff points, with 295. Additionally, Messier is a 15-time NHL All-Star, and was inducted into the Hockey Hall of Fame in 2007.

Messier shot left and played centre. With the Oilers Messier won five Stanley Cups, as well as one with the Rangers. He holds the distinction of being the only player that captained two different professional teams to titles. He has coached Team Canada and for his commitment to charity the NHL created the Mark Messier Leadership Award.

Mark Messier was born on January 18, 1961 in St. Albert, Alberta, Canada to Doug and Mary-Jean. He has three siblings named Paul, Mary-Kay, and Jennifer. When Messier was young, he moved with his family to Portland, Oregon, where his father played for the WHL's Portland Buckaroos. They returned to St. Albert in 1969. Messier went on to attend St. Francis Xavier High School in Edmonton.

Messier got his career start in junior ice hockey in 1976, when he joined the Alberta Junior Hockey League's Spruce Grove Met, with which his father was serving as a coach. With the Mets in his first season, Messier posted 66 points across 57 games. The next season, the team was renamed the St. Albert Saints; now captain of the team, Messier scored 74 points across 54 games during the season. Following this, he joined the WHL's Portland Winterhawks in the playoffs. Messier began the 1978-79 season playing 13 games with the Saints before joining the WHA's Indianapolis Racers. He switched between the two throughout most of the season, and then signed with the Cincinnati Stingers for the remainder of the season. 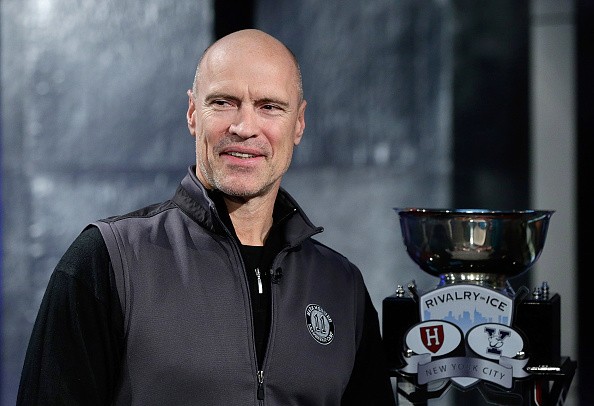 In the 1979 NHL Entry Draft, Messier was selected in the third round by the Edmonton Oilers. Although he didn't originally have a reputation as a top scorer, his offensive numbers grew steadily over his first few seasons with the team. Notably, he recorded a 50-goal season in 1981-82. The season after that, he was named to the NHL First All-Star Team on left wing. For the 1984 playoffs, Messier switched to centre, and had the greatest end to a season yet when he helped lead the Oilers to a comeback victory in the finals, giving both him and the team their first Stanley Cup. He went on to win four more Stanley Cups with the Oilers in 1985, 1987, 1988, and 1990. Additionally, Messier won his first Hart Memorial Trophy as MVP of the league.

Messier continued his career successes with the New York Rangers. In his first season on the team in 1991, he won his second Hart Memorial Trophy and led the Rangers to the best record in the NHL. The team finished first overall again for the 1993-94 season, and advanced to the Eastern Conference Finals. Famously, Messier told the media that his team would win the series in six games; ultimately, the team won in the seventh in double overtime. Moving on to the Stanley Cup Finals, Messier scored the winning goal in the seventh game to give the Rangers their first Stanley Cup in 54 years. Messier had another strong season in 1995-96, when he posted an incredible 99-point season. In the next season, his last with the Rangers, he recorded a solid 84-point season.

In 1997, Messier returned to Canada to sign with the Vancouver Canucks. His playing was not up to par with his past seasons; his 60-point first season with the Canucks was his worst since he began in the NHL, and his subsequent two seasons were truncated by injuries. Following the 1999-2000 season, Messier became a free agent.

Return to the Rangers

Messier came back to the Rangers for the 2000-01 season, and performed slightly better by notching 67 points. However, he went on to miss half of the following season due to injury. A notable achievement came in 2003, when Messier rose to second on the all-time career point scoring list with 1,851 points, just behind Wayne Gretzky. Later, in September of 2005, Messier announced his NHL retirement.

During his NHL career, Mark Messier earned a little bit over $68 million in salary. He earned tens of millions more from endorsements. He continues to earn millions every year for his work as a TV analyst. His latest television contract pays $3 million per year.

Among his post-playing endeavors, Messier coached the Canadian national team in the Deutschland Cup and the Spengler Cup in 2010. The year after that, he ran in the New York City Marathon. Messier has also been a studio analyst on "NHL on Versus," a guest commentator on "NHL on NBC," and a spokesperson for Rogers Communications' national NHL coverage in Canada. In 2021, he signed a deal with ESPN/ABC to lead NHL studio coverage for the networks.

With his wife Kim, Messier has three children: sons Lyon and Douglas and daughter Jacqueline. Lyon is a former hockey defenseman who played with the South Carolina Stingrays, Charlotte Checkers, and New Mexico Scorpions.