Marian Hossa net worth: Marian Hossa is a Slovak professional ice hockey player who has a net worth of $20 million. Marian Hossa was born in Stara Lubovna, Czechoslovakia in January 1979. He is a right winger who shoots left handed. Hossa was drafted #12 overall by the Ottawa Senators in the 1997 NHL Entry Draft. 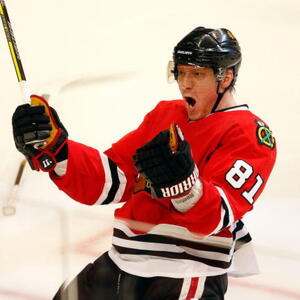