Marian Gaborik Net Worth: Marian Gaborik is a Slovak professional hockey player who has a net worth of $47 million. Marian Gaborik was born in Trencin, Czechoslovakia in February 1982. Gaborik played for HC Dulka Trencin in the Slovak league. He was drafted #3 by the Minnesota Wild in the 2000 NHL Draft. In 2003 he signed a three year deal with the Wild for $10 million. In 2009 he left the Wild as their last original player and all-time leader in goals, points, and assists. Gaborik signed with the New York Rangers for a five year deal worth $37.5 million. Marian was traded to the Columbus Blue Jackets in 2013 and then was traded to the Los Angeles Kings in 2014. In 2014 Gaborik won his first Stanley Cup championships with the Kings. Gaborik has been selected to the NHL All-Star Game in 2003, 2008, and 2012. He was the MVP of the 2012 NHL All-Star Game. Gaborik competes in international competition for Slovakia. He won a bronze medal at the 1999 World Junior Championships. In 2005, he opened an ice rink in Slovakia which cost him $2 million to build. He also started the Marian Gaborik Foundation to expand access to youth hockey in Slovakia. As of September 2018, he has earned $92 million in NHL salary alone. That makes him the 11th highest-earning player in the history of the NHL. 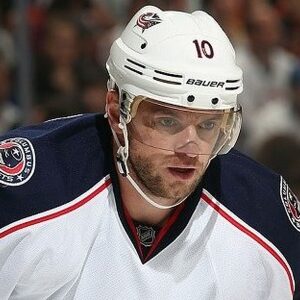