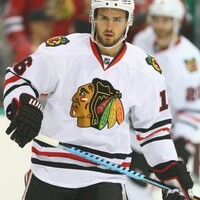 Marcus Kruger net worth: Marcus Kruger is a Swedish professional hockey player who has a net worth of $2 million. Marcus Kruger was born in Stockholm, Sweden in May 1990. He is a center who first played for Djurgardens IF from 2007 to 2011. Kruger was drafted #149 by the Chicago Blackhawks in the 2009 National Hockey League Draft. He has played for the Blackhawks his entire NHL career since 2010. Kruger has also represented Sweden in international competition and won Silver Medals at the 2014 Winter Olympics and the 2011 World Championships, as well as a Bronze Medal at the 2010 World Junior Championships. He became a full time starter for Chicago in the 2013-14 season.